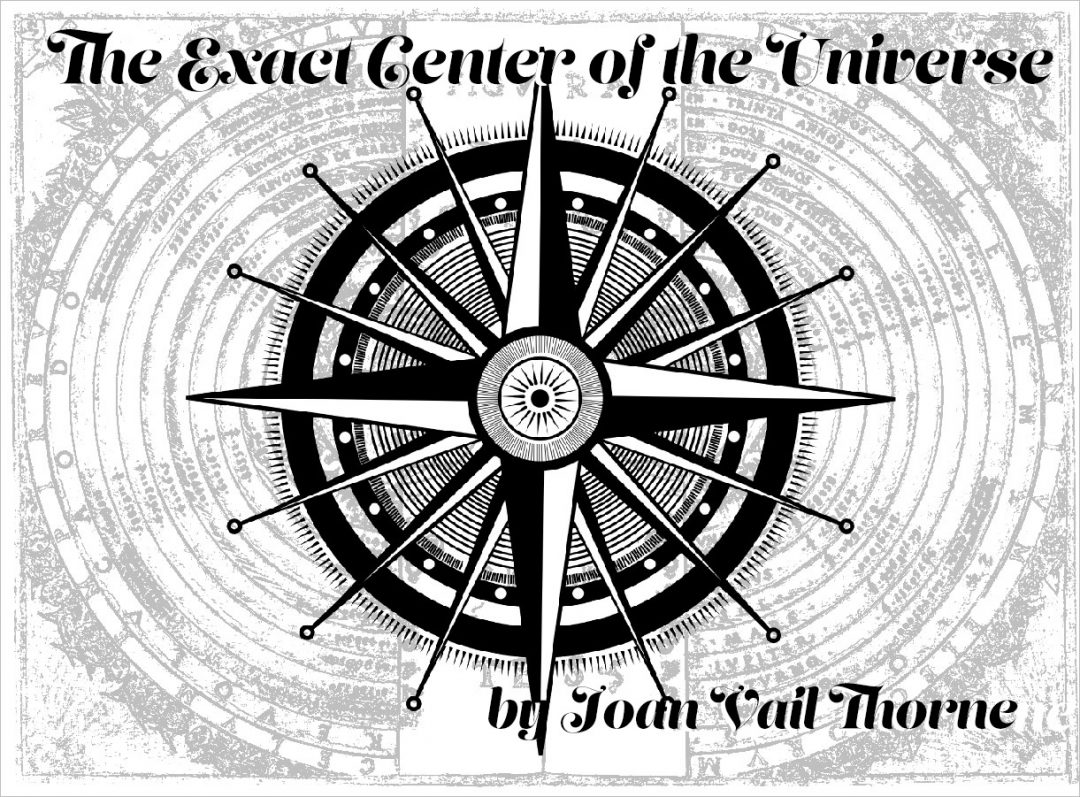 “The E,xact Center of the Universe”

THE EXACT CENTER OF THE UNIVERSE was produced
Off Broadway at the Century Center for the Performing Arts by
Elsa Daspin Haft, Martin Markinson, Judith Resnick, Sheilah
Goldman, Jerome Rosenfeld and Allen M. Shore.

The world premiere was produced in New York City in 1999

A town in the Deep South: Han1mond, LA

LA VOW believes that women can speak for

Act I, Scene I

Jerel M. Giarrusso (Marybell Baxter) Jere! is an accredited, veteran public relations professional. She recently retired as the Director of Communications for the Louisiana Office of Juvenile Justice. She holds a Bachelor of Arts in Journalism from LSU, and branched into public relations after several years in news reporting. A New Orleans native, Jere! and her husband, Ted Hansen, have two adult children and share their mini-estate with a pair of horses, several dogs and cats, and innumerable rose bushes. She enjoys spending time with family and friends, Bible study, gardening, writing, photography, travel, cooking, creative needlecraft and history studies, in no particular order. Active in civic affairs and in her church, she participates in annual Central American missions as a member of the church mission team. Although she enjoys attending stage and cultural productions, Jerel’s last stage appearance was about a half-century ago in junior high school. She credits much of what she has learned about theatre to her daughter, AEA Stage Manager Elena Hansen, MF A, who currently teaches stage management at the University of Northern Colorado.

Jan Koellen (Vada Love Powell) A native of Baton Rouge, Jan has enjoyed a love of theatre and the other arts most of her life, but this is her return to the stage after a very long break to raise her daughter Lindsey and a 30+ year career with NOAA Fisheries. She worked most often offstage, especially at Baker and Shreveport Little Theaters, and participated in New England, Shreveport and Baton Rouge area plus other independent theater/writing groups along the way and studied drama at LSU as part of her major in Humanities (B.S. ’85).

Ryan Chase Lee (Appleton Powell Jr. & Mr. Powell) Rya has been an actor in film, television, and theater for over a decade. He has appeared in films such as Beautiful Creatures & Mississippi Grind, television shows such as ABC’s Final Witness and The Astronaut Wives Club, and performed as Howie in Rabbit Hole and Fyedka in Fiddle on the Roof He is currently a Realtor and also works for Complete Weddings + Events here in Baton Rouge. He was recently elected the Parish Executive Committee for the Libertarian Party of East Baton Rouge Parish. He is thankful to all his family,, friends, and loved one for their amazing support and considers himself very blessed to have them in his life.

Courtney McKay Murphy ( Mary Ann Mele & her twin Mary Lou) Courtney McKay Murphy attended Northwestern State University and graduated with a Bachelor’s of Science with a Concentration in Performance and Directing. She is thrilled to be making her debut performance with LA VOW Theatre Company in The Exact Center of the Universe. A local theatre regular, some of her past credits include Woman #2 in Almost, Maine, Gwendolen Fairfax in The Importance of Being Earnest, Peggy Day in The Women, Kate Sullivan in Other People’s Money, and Blanche Dubois in A Streetcar Named Desire. She would like to thank Dr. Hendricks and the entire cast and crew for being such a talented and memorable group with whom to share the stage. And finally, she would like to thank her family and friends for their continuous and loving support. Without all of you, this show would not be possible!

Anne Woods (Enid Symonds) Anne recently retired from LSU Health Systems. She found a love for theatre watching her children participate in shows as children in school and church. When they grew up, Anne started taking classes at the local little theatre in Virginia. After she moved back. to Baton Rouge (her hometown) in 2008, she found classes at now Theatre Baton Rouge and was encouraged to audition for shows. Her shows include Holly Dolly (ensemble) and Guys and Dolls(General Cartwright) at Runnels. She was in the ensemble of A Christmas Carol at Theatre Baton Rouge (2013 and 2014) This is Anne’s first dramatic role and she would like to thank Aileen for this opportunity, her husband Gerald for all his support and her sister Lynn for the encouragement.

Aileen Hendricks (Play Director & Artistic Director of LaVOW Theatre Company, Incorporated August 30, 2013 as a non-profit 501 c3 ). She has more than 50 years experience in amateur, professional, community and educational theatre. She recently retired (December 14, 2014) from Southern University as a full professor of Speech and Theatre after 23 years of service. She has written plays; published scholarly articles; and won awards from community, professional, educational and artistic organizations. One of the first women to graduate from Texas A&M University in 1971 (1974 Masters), she earned her doctorate in theatre from LSU in 1988. She is married to Donald Luke Couvillion and the proud mother of August W. Wenck, Robert W. Wenck Jr. and Yolanda Prevost-Robinson.